The Church Music Association of America is proud to invite you to celebrate with us as we hold our 26th Colloquium in 2016. The CMAA’s Sacred Music Colloquium continues to be the largest and most in-depth teaching conference and retreat on sacred music in the world. Our 2016 program offers new and expanded opportunities for learning, singing, listening, and interacting with some of the best minds and musicians in the Catholic world today! Liturgies will be held at three great venues – the Cathedral Basilica of St. Louis, the Shrine of St. Joseph, and Pro-Cathedral of St. John the Evangelist and Apostle.

The CMAA Colloquium is primarily focused on instruction and experience in chant and the Catholic sacred music tradition, participation in chant choirs, lectures and performances and daily liturgies. During the week, you’ll be able to participate in ordinary and extraordinary form Masses, in Latin or English, as well as an evening Vespers, and sung morning and night prayer.

As a participant, you are an integral part of the beautiful music from the Roman Catholic tradition. Experience not only the traditional Gregorian chant and Renaissance polyphony of the church’s musical treasure, but also new compositions of English propers and ordinaries by various composers, as well as modern motets. 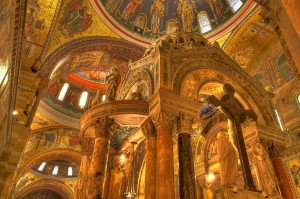 Participants in the 2016 Colloquium will be treated to liturgies at three wonderful venues in St. Louis, Missouri. Dubbed the “Rome of the West”, St. Louis is home to some of the most beautiful Roman Catholic churches in the country. Our opening Mass on Tuesday, June 21st will be held with Rev. Jason J. Schumer as celebrant at the Pro-Cathedral of St. John the Evangelist and Apostle. 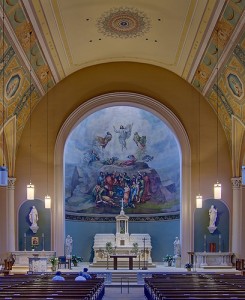 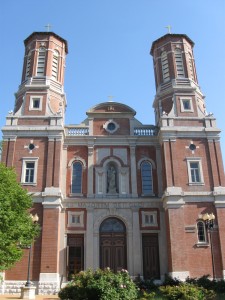 As a special treat, participants will hear the Early Music of Pro-Arte St. Louis, a professional early music ensemble under the direction of Dr. Horst Buchholz. Additionally, participants will be able to hear an organ recital on the fabulous Cathedral Basilica organ on Friday evening, following the afternoon Mass.

General Registration information: Check or credit card payment must accompany registration. Mailed Registration forms must be postmarked on or before March 1st (Early Bird) or May 7th (Regular). Registrations postmarked after May 7th will be charged a $50 late fee. You may register online at https://shop.musicasacra.com/colloquium-2016. Registrations must be received at the CMAA Office (by mail or online) by the close of business, June 7th. After June 7th, registration is only available by telephone by calling our office at (505) 263-6298 on a space available basis.