The Church Music Association of America is proud to invite you to join us in our second Virtual Sacred Music Colloquium: five days of workshop presentations and plenary talks to encourage and assist you in the work of sacred music.

Register Now for the Colloquium and Save $50! 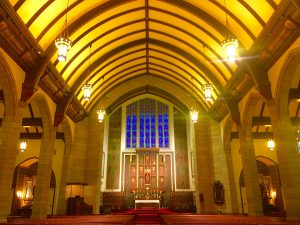 Get all the information about this year’s faculty, schedule, repertory, plenary speakers, breakouts and more at the Colloquium Details page. 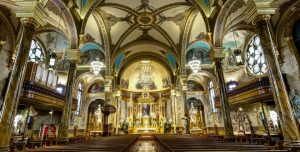 The course will balance exposure to the genres and styles of traditional Western plainchant with the study and execution of Renaissance vocal polyphony. Sessions will center not just on performance but also on historical background, notation, and contemporary theory and practice. In a short concert at week’s end, students will present – as an SATB choir – an unpublished sixteenth-century polyphonic Vespers, which incorporates both chant and polyphony. This course is appropriate for church music directors, choral directors, and singers wishing to gain a stronger foundation in early music. The institute takes place in Chicago at St. John Cantius Church, recently named the most beautiful church in the United States and well known for its rich tradition of sacred music.

To apply for this course: APPLY NOW

Any sites at other domains are not operated by the Church Music Association of America.